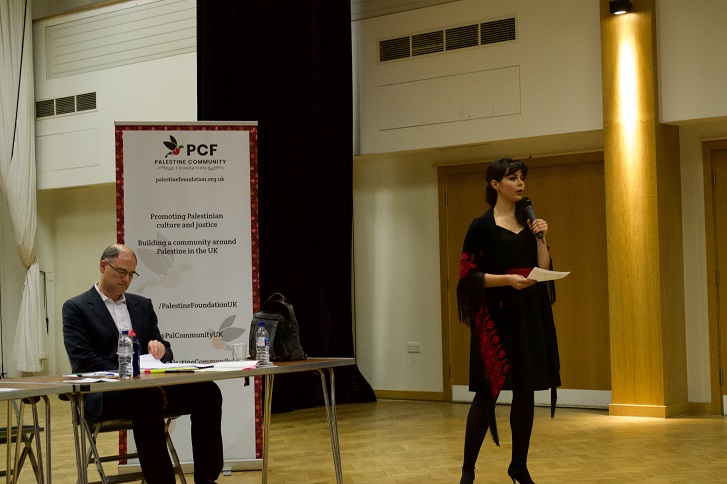 The Palestinian Nakba: Past, Present and Future Panel Discussion

On Tuesday 14 May, the eve of “Nakba Day”, when Palestinians mark the anniversary of the displacement of 600,000+ people from their towns and villages in 1948, we collaborated with the group Kensal and Kilburn Better 2019 to present a panel discussion on Palestine to a rapt audience in north west London.

“We are so proud that our history is written on our dresses, on our embroidery, on our food, on our maramia, on our zaatar, on everything in our life, there is a detail you can see Palestine in,” rang the words of Rajab Shamalllakh, introducing PCF as an organisation.

Eminent author and physician Dr Ghada Karmi then took to the floor, rebuking her designated brief to cover Palestine’s “past”, stating: “We are all the past the present and the future. In the Palestinian case, the past is the present, that’s the problem.”

She stressed that no matter where anybody in the room stood on Israel-Palestine, she knows everybody can empathise with the experience of ordinary people who have terrible things happen to them.

Recalling her displacement from Jerusalem as a young girl in 1948, she said that “leaving meant leaving everything I knew. Everything”, from the family dog to her nanny Fatima. “All I could remember was fear, fear, fear.” Dr Karmi’s family travelled to Damascus and on to London. Speaking of her life in London, she explained how her family did not consider themselves immigrants, and did not even purchase a fridge, because “they were going home soon” and this displacement was temporary. 71 years on, Dr Ghada is still here. “The story of the Palestinians is waiting to go home,” she told the audience.

She ended on the only solution she can see to the conflict, “the people who inhabit that country now have to live together, but on the basis of equality.”

Dr Asad Abushark, Professor of Linguistics and Spokesperson for the Great March of Return, who has recently left Gaza in order for his son to pursue further education in Ireland, delivered an impassioned speech to the attentive audience: “I don’t think we will ever forget Palestine. We’ll always dream that the day of return is as close as ever.”

“The right of reciprocation is the spinal cord of the Palestinian question.”

He described the Great March of Return, the weekly protests that have been taking place in Gaza for over a year now, as “the brainchild of the Palestinian people,” coming “from all walks of life: refugees, civil society, organisations, churches, mosques, writers, authors, tribal chiefs, women’s organisations, lawyers, doctors, universities, academics.”

Solicitor and co-founder of Lawyers for Palestinian Human Rights, Daniel Machover, summarised his experiences as an advisor to the Russell Tribunal on Palestine, which met in Cape Town in 2011.

There are three constituent parts to the definition of apartheid, he went on to explain. These are:

iii) Such acts are committed systematically in the context of an institutionalised regime of domination by one group over another.

Whilst the tribunal found the crime of apartheid apparent in Israel, the Nation State Law passed by Netanyahu’s government in 2018 makes Israel’s apartheid regime evident and undeniable.

“If we move towards equal rights, we obviously demolish the whole pillars of this apartheid system. If anyone in this room thinks that there’s any other progressive way of resolving it other than Israel than dismantling this apartheid regime then I don’t know where they’re living, because that’s the starting point … The demolition of this unequal and deeply discriminatory structural racism that exists in Israel.”

Finally, Yana Shabana, former English Lecturer at An-Najah University in Nablus and now a PhD candidate at the University of Birmingham, spoke about her own experiences growing up in the city of al-Khalil – Hebron – in a Russian-Palestinian family and the emotional and psychological effects apartheid can have on children. To which she stressed we don’t even know the extent of. 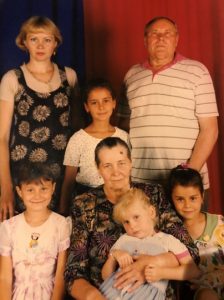 Growing up in Hebron she passed the Israeli settlement, H2, in the middle of her city every day. “Growing up under apartheid did not make any sense to me as a child. It bred in me a sense of inferiority.” She compared the paved sidewalks, polished streets, benches, beautiful houses and “insanely green lawns” of the Israeli settlement to her own neighbourhood and asked her mum why she couldn’t have water balloon fights and bubble baths too. She remembers a childlike frustration at God, wondering “Why do you send all the rain clouds to the other side and not my neighbourhood?”.

The floor then went to questions from the audience, which included “what does a one state look like to you?” and “has the Great March of Return been worth it?”. A concluding point concurred by much of the audience and the panel was giving wide support to the BDS movement.

See more photographs from the event on our Facebook here.

Watch our film of the event: