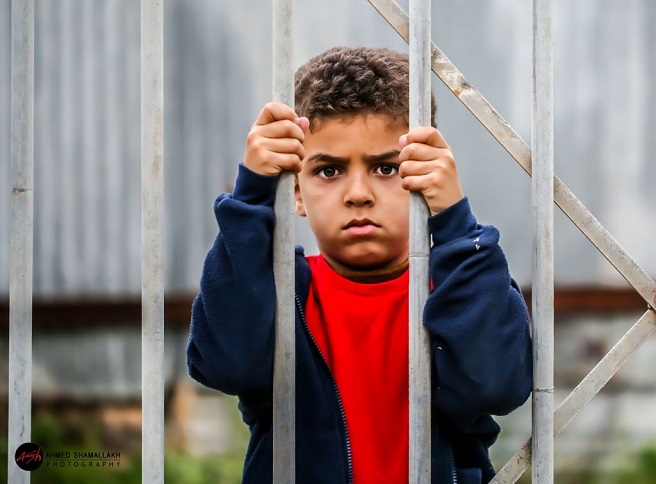 Israel’s One Million Child Prison: The Siege of Gaza in 2019

Remember the story of Abdul-Rahman Nofal, the aspiring 12-year-old striker playing football with his cousins when an Israeli sniper obliterated his left leg last April?

Or the story of Mohammed Abu-Hussain, the 13-year-old whose father was killed by an Israeli rocket in 2006, whose younger brother was shot in the leg on the first day of the Great March of Return, and on June 29th was shot himself in the right leg by Israeli sniper resulting in an amputation above the knee?

Or the story of Wisal Sheikh-Khalil, the 14-year-old girl described by her family as ‘sometimes dancing, sometimes fearless’, shot in the head by Israeli sniper on May 14th?

Perhaps you have, or perhaps these names are new to you. Either way you will never get to know all the names and stories of the Palestinian children of Gaza because there are one million of them, each possessing their own stories of trauma and suffering. Stories of relatives and friends who have been killed, stories of family members who have been maimed and injured for life, and the stories of war planes raining down terror in the night.

The latest demographic statistics from Gaza will show what medics, aid workers and journalists have long been aware of. That Gaza has an overwhelmingly young population, in fact so young that the majority of its population may well now be children.

In 2016, the Palestinian Central Bureau of Statistics stated children constituted 49.6% of the population of the Gaza Strip, with slightly less across the Occupied Palestinian Territories as a whole. The median age being 17-years-old. If we consider that Gaza has a population growth rate of 3% a year, among the highest in the world, very shortly if not already over 50% of Gaza’s population will be under 18-years-old. With accurate statistic gathering in Gaza understandably being a difficult endeavour.

In light of this demographic truth, what does it tell us about Israel’s 12-year siege on the enclave?

It tells us Israel’s collective punishment on Palestinians in Gaza is not primarily affecting Hamas operatives, armed combatants or even unemployed men and women, but that it overwhelmingly affects children. 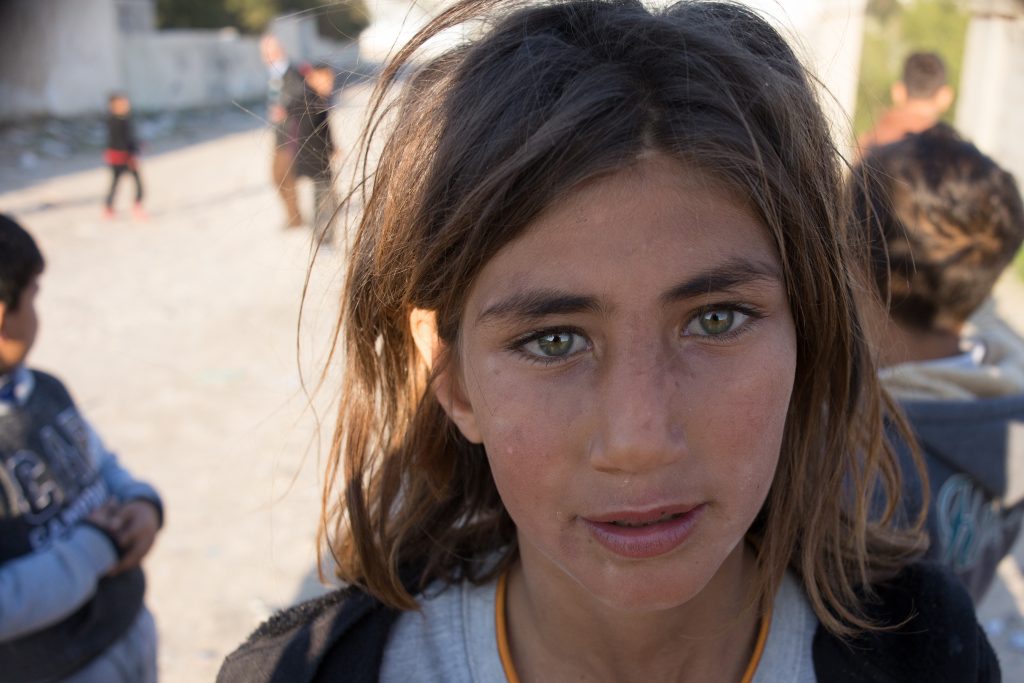 Children whose memories are confined to the geographical limits of the boundary fence and sea blockade. Over 40% of Palestinians in Gaza are under 15-years-old. Children whose memories force them to relive Israel’s industrial military campaigns against them: 2008 Operation Cast Lead, 2012 Operation Pillar of Defense and 2014 Operation Protective Edge. With such massacres dubbed regularly as ‘mowing the lawn’ by Israeli politicians such as Naftali Bennett.

Children whose daily lives are shaped by Israel’s siege, ‘putting them on a diet’, in the words of Israeli advisor Dov Weissglass, where 80% of Palestinians in Gaza rely on the UN for basic aid, where 96% of water is undrinkable and electricity limited to a few hours a day. In the 7-week massacre of 2014 alone, 1 in every 1000 Palestinian in Gaza was slaughtered, stealing the lives of 546 children, damaging 252 schools and destroying 7.

In light of this demographic truth, what does it say about Israel’s legal commitment to protect all children?

In 1991 Israel ratified the UN’s Convention on the Rights of the Child which stipulates all children have the fundamental rights to life, survival and development, protection from violence and an education that enables children to fulfil their potential. But Israel protects the rights of Palestinian children in Gaza as much as it protects the collective rights of the Palestinians it controls; it does not.

By fragmenting the Palestinian people into different political and legal domains across the West Bank, Gaza Strip, East Jerusalem, Israel itself, and those exiled as refugees abroad and by subjecting them to differential and oppressive treatment in each, Israel operates a regime of apartheid designed to protect the demographic balance of Israel as a Jewish state and designed to ensure the dominance of Israeli Jews.

In Israel itself, Palestinian schools receive almost six times less funding per child than schools for Jewish students as they are ineligible for funding from Zionist institutions. They go on to face discrimination in the job market and are subject to Israel’s 65 racist laws.

By denying Palestinians the right to return to Israel, whilst allowing unlimited and exclusive immigration for Jews, over 5 million Palestinian refugees must rely on the United Nations Relief and Works Agency (UNRWA) for aid living in the West Bank, Gaza, Syria, Lebanon and Jordan, with over 1 million children requiring humanitarian assistance. Palestinian refugees, mostly children, live among 58 camps with conditions described by UNRWA as “generally poor, with high population density, cramped living conditions and inadequate basic infrastructure”.

In the West Bank, Israel’s apartheid subjects Palestinian children to discriminatory laws and practices; they are routinely denied their right to education when forced to wait at checkpoints; their classes can be disrupted by the Israeli military at any time; teenagers as young as 14 are incarcerated for years for throwing stones. Just last week armed soldiers intruded an elementary school to arrest a 9-year-old Palestinian boy for throwing stones. At the end of February 2019, 205 Palestinian minors were held in Israeli prisons, often interrogated without a lawyer and put into solitary confinement.

Clearly the oppression of Palestinian children at the hands of Israel is not isolated to the besieged enclave of Gaza alone, which is considered occupied under international law, but situated in a broader context of Israel’s dereliction of responsibility to protect those it occupies as stipulated under International Humanitarian Law.

How can Israel continue to profess a supposed commitment to peace when it subjects the future architects to any possible lasting stability to a controlled environment designed to incubate such trauma and desperation?

Since March 30 2018, more than 195 Palestinians have been killed in the Great March of Return protests, at least 41 of whom are children. In one of the world’s most densely populated areas where a majority of the population are children, clearly every bomb dropped, every high velocity sniper rifle fired, every tear gas canister launched, is done so in the knowledge that children are the likely recipients of gas inhalation, shrapnel and collateral damage. Subsequently, every weapon and piece of military technology bought and sold from Israel is done so with the knowledge that their ‘battle proven’ products have been tested on children and would be used against them in future.

Psychologists, sociologists and parents alike are right to value childhood as a precious period of innocence and vulnerability but also as a prophetic period where the environment may shape the future emotional and mental wellbeing of an individual. It is no wonder that Save the Children found 95% of Palestinian children interviewed in Gaza showed deep signs of psychological distress.

How can it be that children who would not even be eligible to vote in an election are the primary victims of a politically masterminded humanitarian nightmare? Where birds take flight children must remain in Gaza. In spite of this torturous environment and constant dehumanization from Israeli politicians like justice minister Ayelet Shaked who recently labelled them ‘little snakes’, Palestinian children manage to go to school, have world leading literacy rates, form dance groups, parkour clubs, sing, produce art and profess a burning desire for a better life beyond the confines of their unjust prison.

The fact children make up such a vast proportion of Gaza’s population obliterates popular myths about complicity of Palestinians in their calamitous fate in this war of narratives, and exposes how the Israeli military enterprise causes the most devastating effects on those universally deemed most innocent and most vulnerable.

It is not just a moral obligation, but a legal imperative to combat apartheid where it manifests. And so we must continue to call on governments to suspend all arms trade with Israel, encourage our institutions to commit to the non-violent boycott, divestment and sanctions movement and press our governments to call out Israel at international legal institutions, for if we do not protect the children of today we may lose the architects of any long lasting future peace.

If we have any chance in combating the intransigence of our global political elite, in shaking-up persistent apathy among our peers, and in penetrating through the haze of confusing narratives surrounding the situation in Gaza, it must surely be through this demographic fact; the siege of Gaza, above anything else, is a siege against children which must be lifted.

Omar Aziz is a Programme Officer at Palestine Community Foundation. He recently completed an MA in International Relations (Middle East) and has written for OpenDemocracy, Middle East Monitor and elsewhere.