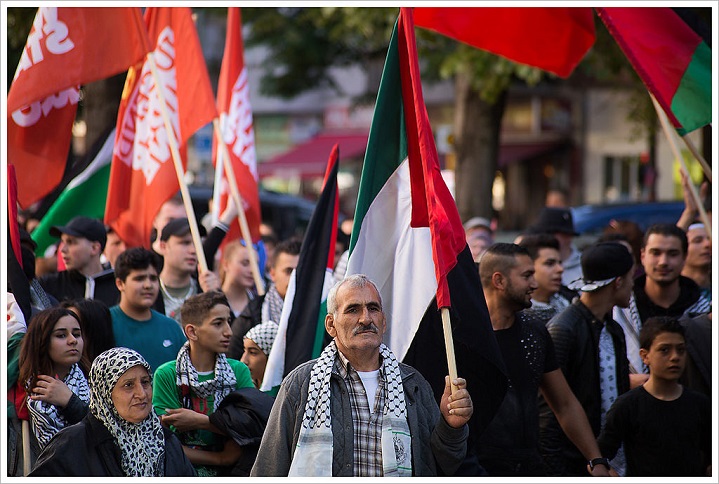 From Chile to Berlin: how Palestinians proudly take their culture with them 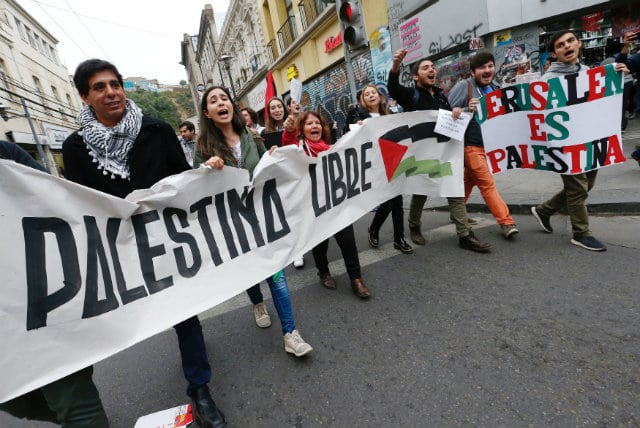 Dubbed ‘the Chilestinians’ in a profile piece in Haaretz newspaper, as denoted by our graphics Chile has the largest community of Palestinians outside the Middle East. In Chile, there is a popular saying that: “There isn’t a single village in Chile lacking a curate, a policeman and a Palestinian.” So just how and why did this Palestinian population arrive there, and how does it impact on Chilean culture and society today?

The vast majority (an estimated 95%) of Chilean Palestinians are Christian, having emigrated largely during the second half of the 19th century, under the increased Christian persecution at the time of the fall of the Ottoman Empire. Chile was chosen for its close climate to Palestine and a supposed openness to foreigners. Their Christianity helped with assimilation in the South American country with a majority Christian population. A Palestinian church, the Iglesia Ortodoxa San Jorge, was even founded in Santiago in 1917. 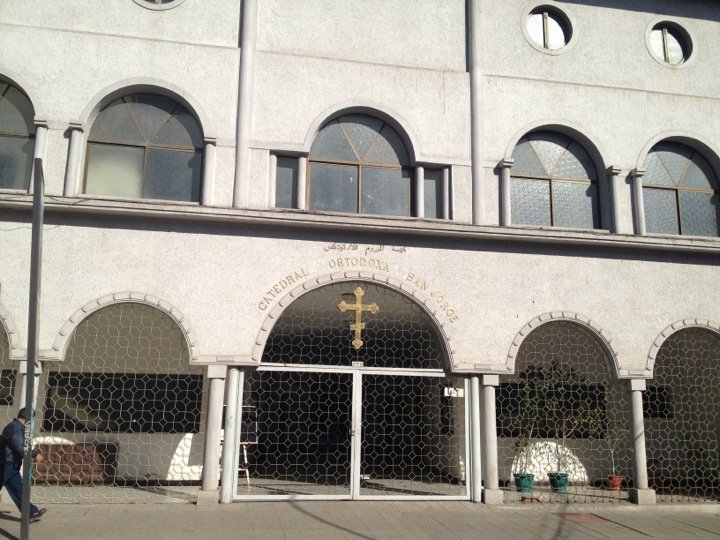 Note the Arabic above the Spanish

The Palestinian population can be seen to have permeated many aspects of life in Chile, from arts to sport to politics. 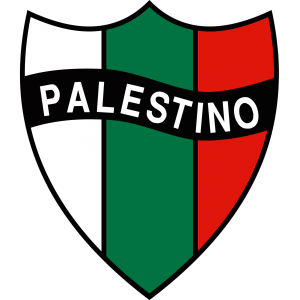 Palestinian football club Deportivo Palestino was founded in the 1920s and today plays proudly in the country’s top league. The number one on their jerseys was for a time printed as a map of historic Palestine, until some people campaigned to have these banned, claiming it promoted erasure of the state of Israel. 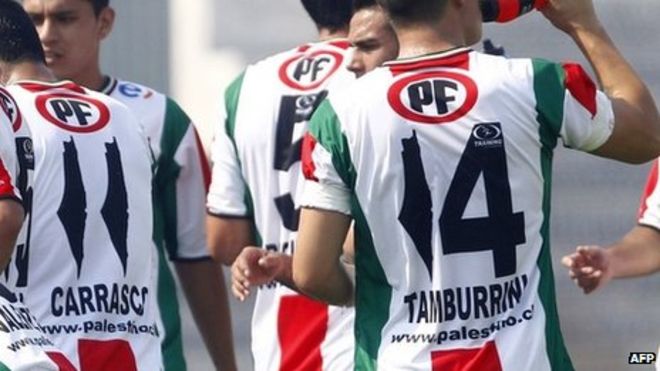 Meanwhile in recent years, the Taqalid Festival hosted the largest Palestinian gathering in Latin America, promoting Palestinian culture and aiming to “revive the soul” of Palestinians of the diaspora.

Palestinians in Chile have thrived in business, with significant figures such as Marcelo Diaz Bowen, Managing Director for global corporations like IncubaUC, now financially supporting start-ups in Palestine.

Some of the largest solidarity demonstrations in the world take place in Chile and even government policy has been influenced. In July 2014, the Chilean government called back its ambassador from Israel and suspended their Free Trade negotiations, in what was described as the strongest international stand taken against Israel across the world.

‘Little Palestine’ in Berlin: A home away from home 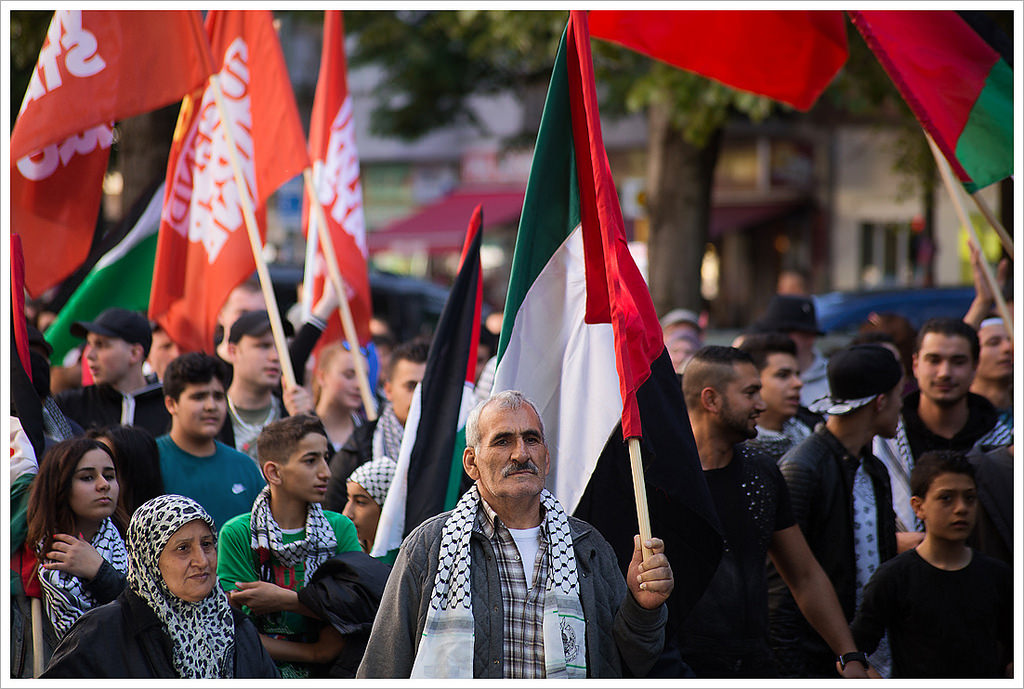 Turning our attentions to Berlin, the European city with the highest Palestinian population, blogger Hayley Pearce dubbed the city’s south-eastern borough Neukölln ‘Little Palestine’, describing a home of ‘Hummus, Hipsters and Solidarity’. In particular, she points to a street called Sonnenallee, where dates, stuffed grape leaves and Palestinian flags overflow out the shops, you can even find knaffeh here.

PCF spoke with Mahmoud Mawed, a Palestinian Syrian refugee now living in Berlin, about the strength of Palestinian culture in the city. “I do feel sometimes that I am home, particularly when I pass or go to Sonnenallee Street where you always hear our language and can buy Arabic stuff and food, and even see friends [you haven’t seen] since you left Syria.”

Mawed’s favourite Palestinian restaurant in Berlin is Azzam restaurant, which he says has  the best hummus and falafel in Berlin. “The customers are not only Palestinian or Arabs, they are from Germany, England, USA and many other countries. You’re very lucky if you find a free table!” 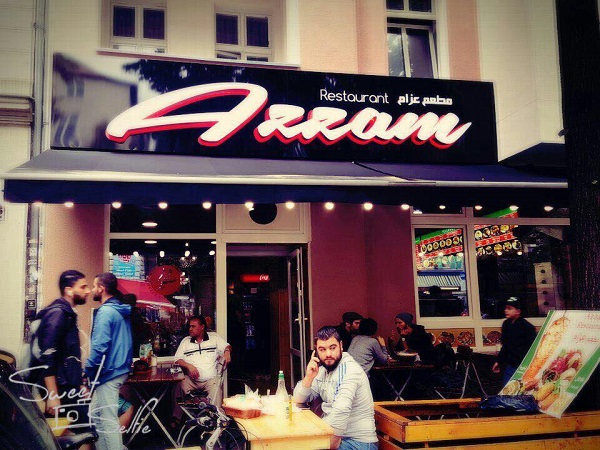