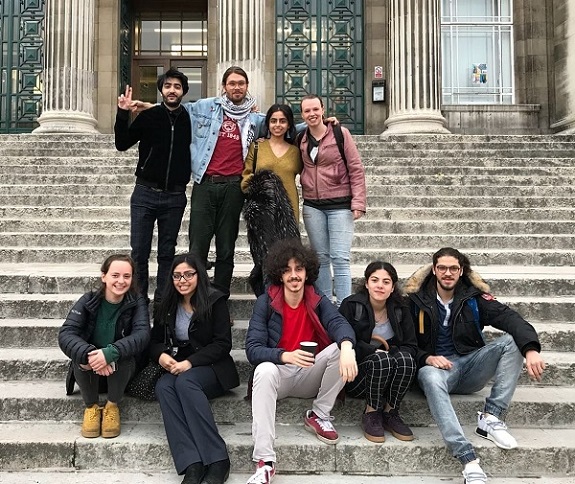 University of Leeds has confirmed its divestment from three companies complicit in the oppression of Palestinians through their manufacturing of military equipment sold to Israel.

University of Leeds Palestine Solidarity Group (PSG) called for an immediate withdrawal of all funds in an open letter from companies which supply aeronautical equipment, jet engines and other military components to the State of Israel and the Israeli Defence Force, citing the University’s own Ethical Investment Policy.

Whilst the open letter called for an immediate withdrawal of funds and had gathered 469 signatures by 1stNovember, a University spokesperson has since claimed it had withdrawn funding on the 15th October for reasons other than BDS. It is claimed the companies in question, Airbus, Keyence Corporation and United Technologies, all fall outside of the University’s new climate active strategy, and so were no longer viable sources for investment.

Leeds PSG have responded to this claim stating their campaign has been active for over a year, that none of the three companies are targets in the Fossil Free Campaign and that the most recent University portfolio still contains investments of over £3.5m in Shell and BP.

Leeds People and Planet Society have said, ‘The fact that the University is using our campaign to erase the efforts of Leeds PSG, whilst still investing millions in fossil fuel companies, is hypocritical and offensive’.

The University of Leeds is yet to divest from HSBC in which it holds £1.3m of shares, but PSG have stated via their Facebook page they ‘will still campaign until the University divests from HSBC and adopts a screening policy to assure us that they will never invest in a complicit company again’. HSBC holds over £800m in companies proven to contribute to Israel’s military assault on Palestinians. This includes £3.6m worth of shares in Elbit Systems which produces drones like the ones used to bomb Gaza in 2014 when 2252 Palestinians were killed, including 551 children.

Whilst Leeds’ BDS pressure has seen a commendable outcome, it also draws attention to the relationship between environmental and human rights activism and opens up potential avenues for further collaboration. It is not a coincidence that companies which consistently enable the violation of Palestinians’ basic human rights by Israeli military occupation and assault often also contribute disproportionately towards accelerating climate breakdown.

Leeds’ success shows cooperation between human rights and environmental campaigning is a powerful alliance in the larger fight against corporate power which need not be mutually exclusive endeavours. Where transnational corporations show disregard for their involvement in human rights abuses and their contribution to climate breakdown whilst pocketing lucrative profits, our resistance is strongest in solidarity.

Where multinationals act with impunity, Leeds PSG have shown we can encourage our institutions to invest more responsibly with the power of collective action and drawing public attention. Whilst the official statement of Leeds University’s divestment announcement does not directly cite BDS for inspiring its actions, Leeds’ PSG have clearly been successful in scrutinising their University’s investment portfolio, drawing attention to it and demanding divestment.

Congratulations to University of Leeds Palestine Solidarity Group, and good luck to other organisations challenging their own institution’s investment portfolios in the fight against enabling Israel’s oppression of Palestinians and for a just and sustainable future.