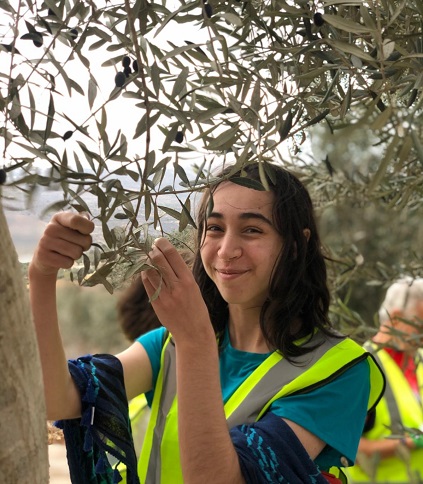 Impressions of Palestine by a Just Cyclist

Wow, what a trip. I almost feel guilty now, as I enjoyed this experience so much, and yet what we were witnessing was an entire country under military occupation, with the people suffering in ways we can barely imagine back home. But what was it that made it such a wonderful place to visit?

Well first and foremost it was the Palestinian people. As I said to our wonderful organizer Laura at one point, I’ve been to 34 countries in my lifetime, I’ve lived in 3, and I have never received a welcome anywhere in the world like the one we got when we passed through the checkpoint into the West Bank. The people are simply lovely, with so much warmth and love in their hearts. I was aware, coming from the UK, that Britain’s contribution to the Palestine situation in the past was not a good one, and current governments have been complicit in arming Israel with weapons that they have used against the Palestinian people, most recently in Gaza. So I wouldn’t have been surprised if we had been regarded with at least an element of suspicion by the Palestinians. Not a bit of it, we were welcomed unreservedly and unconditionally, invited into people’s homes, fed with the most wonderful food, surprised by amazing presentations and cultural events, educated in all sorts of ways, and informed so much about people’s lives and situations.

We were brilliantly looked after by our guides and drivers,  who took the greatest care to keep us safe on the busy and at times somewhat crazy roads. As we cycled through the West Bank, from Jenin to the Al-Faraa refugee camp to Nablus to Ramallah to Bethlehem to Hebron and finally to Jerusalem, we were even given the honour of a police escort by the Palestinian Police. We had the loveliest of ‘bike doctors’ accompanying us the whole way on his bike, also keeping us safe as well as on the road, and taking us out to some of the local nightlife too.

We also had an amazing welcome from the children at the SOS Children’s Village in Bethlehem, our chosen charity, where we were able to present them with the results of our fundraising, a sum in excess of £6,000.

I really enjoyed the cycling too. The land was, to say the least, rather hilly, and we soon learnt that the Palestinian definition of ‘flat’ was not quite how we saw it. Maybe, it was a language thing, as I think sometimes ‘flat’ was confused with ‘straight’. But we worked together as a team, supporting each other in every way, and my fondest memory was struggling up one of the toughest hills with a couple of others, and the enthusiastic encouragement we got from the rest of our wonderful group. We had become like a family, and a family welcomed  into the wider family of the Palestinian people. This was evidenced by the constant tooting of horns ( a normal event on the roads in Palestine), but when accompanied by waves and welcoming shouts we soon realized that the drivers and passengers were welcoming us as well, as they drove past. If we stopped we were often surrounded by groups of children (and other well-wishers), interested in our bikes and keen to show off their electric ones, perfect for the hilly terrain. I got good at calling “Salaam Alaikum!” or replying with “Alaikum Salaam!” when greeted by others as we passed. Still, not a great effort considering how good most people’s English was, especially as the only other word I really mastered was “shukran” – there being so much to be thankful for.

The landscape was amazingly beautiful too, particularly when we looked across the Jordan valley into the far distance, with the light playing on the hills in the most stunning way. The olive trees, planted everywhere, had a beauty all of their own too, especially as they seem to represent the lifeblood of the country, with farmers and their helpers working away in the fields as we passed. Of course there is also the amazing, thrilling and spine-tingling experience of visiting some of the most famous religious and historical sites in the world, of visiting mosques and churches, of having the chance to wander around ancient towns and to explore the markets and traditional Arab souks, and of being able to visit and experience the stunning city of Jerusalem.

Now comes the hard part! This trip was not just a ‘jolly’. We were there to listen, experience and learn, and in spite of the incredible resilience and positivity of our hosts, the harsh reality of their lives was all there to be seen. Many live in refugee camps, and have done so since 1948 and the Nakba. Our host at the Al-Faraa camp was born there. Many of the families we met had sons in prison. There were pictures on walls and houses everywhere of people who had died or been imprisoned. There were experiences alluded to if not fully described that talked of the tensions and fear. There were fields of olive trees that had been burnt; there was palpable caution and tension near checkpoints and settler areas. There was evidence of the violence inflicted on residents living below settlers in Hebron, with debris as large as breeze blocks dropped on residential areas and streets below. We got a very minor dose of the experience of Palestinians in Hebron where we were shouted at, at a Shuhada Street checkpoint by a very aggressive security official (I’m not sure if he was a soldier or police) and had our high-viz vests confiscated (probably because they had the word Palestine on them). I saw a settler watching us in Shuhada Street, and as he turned away I saw he had 2 handguns in each of his back pockets. Our guide couldn’t go with us through there, and she was obliged to return to the checkpoint by another route to retrieve our vests. We visited the house near Duma where a family had their house burnt down by settlers while they were still inside. The mother and father died later in hospital while the baby was burnt to death in the house. Only their older son survived, with massive burns. Most of our group was in tears listening to what happened in this house, which was kept as it was, as a reminder.

There were many examples, and I found it upsetting to think there were places we could go to that the people who lived there couldn’t. It was plain to see that there is a campaign of intimidation going on consistently to make people’s lives as difficult as possible, with the ultimate aim of driving them out. It will fail, but it is awful for them. Some of our group also were on the receiving end of abuse from settlers and were put through an unpleasant ordeal at Ben Gurion airport on their departure, being ordered out of a taxi at gunpoint by soldiers who then questioned them repeatedly, searched their bags, damaged their Palestinian gifts, and interfered with their electronic devices. It was a taster of what life is like for the people of Palestine.

Then of course there are the more obvious examples of the apartheid policy that the Israeli authorities impose. Most striking is of course the separation wall, only made interesting by the amazing street art that adorns it in Bethlehem and other places. There is a lot more, but I hope this gives an indication of what happens when a people are the victims of cruel and unjust historical decisions made around them, live in illegally occupied territories, and are exposed to policies which enable and encourage constant violence and intimidation, and human rights abuses by the authorities, all of which are largely ignored by the rest of the world.

I hope to return one day to Palestine. I most particularly want to return to a free Palestine, where the people are free to live with their Jewish neighbours in peace, and with the same rights as everyone else. I think it will happen, but I don’t think it will happen without a continuing and sustained struggle, and a change of attitude and action throughout the world.

If you’d like to travel to Palestine with PCF, find out about our next advocacy trip by filling in this form or attending our event on January 12th.

See a selection of Stewart’s photography from the trip below.